15.11.2012
Block Rail: Resembling a conventional Grooved rail but under a compacted shape format

Tramways have been around since the XIX century when first trams were built in New York City and Paris. Grooved Rail was invented in 1852 by Alphonse Loubat as a special rail designed for tramways. The idea behind was to allow integration of other road users. Nowadays, embedded Grooved rail is used in cities all around the world as part of Tramways systems helping to bring communities together in an efficient and environmental friendly atmosphere.

Take for instance the U.S, where trams have emerged as one of the most popular ways to revitalize city centers. More affordable than a Metro, tramway construction sends a strong message that city development is taken as priority. The use of Steel in the shape of embedded Grooved Rail also acts a permanent city fixture. As Len Brandrup, Transport Director, in Wisconsin said: "Streetcars have sex appeal. It resonates with people....Developers don´t write checks for buses". Wall Street Journal also reported that Portland´s Pearl District (a run-down industrial area) generated over 100 new projects worth $2.3 billion after a $57 million investment in Light/Tram projects. 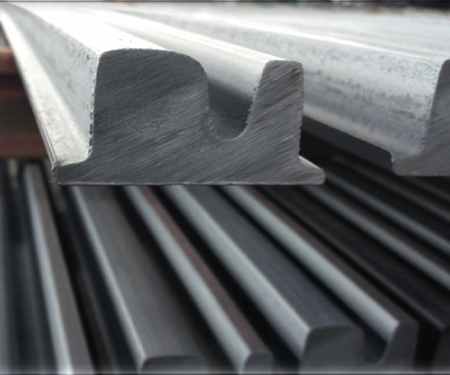 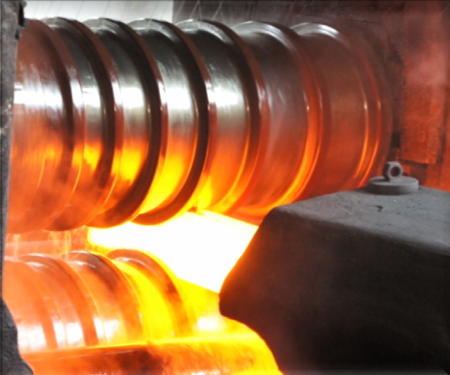 ArcelorMittal as leading rail manufacturer has been helping cities across the world with their own particular embedded rail needs. Even though technology has come a long way since the XIX century, conventional Grooved/Girder rail has virtually remained unchanged for over a hundred years with little or no variation in its form or shape.

ArcelorMittal in its commitment with innovative and sustainable solutions to meet growing market demands has developed a new Grooved profile under the denomination "Block Rail". Resembling a conventional Grooved rail but under a compacted shape format, it allows for a decreased height, only 72 mm as opposed to 150 - 180 mm of conventional Grooved Rail.

The advantages are clear; reduced filling material and construction costs, as well as maintenance downtime. In addition, its design allows for a reduction on noise and vibrations (3-10 dB less) increasing travel comfort and usable life. In terms of performance, Block rail is able to sustain heavy loads above 40 ton per axle and pre-bending capabilities as narrow as 20 meter radius curves, all thanks to its compact design.

At ArcelorMittal we are happy to hear from you in terms of your own particular embedded rail needs.