The evolution of ArcelorMittal in the World

Evolution of ArcelorMittal in the World

Since its inception, ArcelorMittal has rapidly grown through a successful consolidation strategy with a number of significant acquisitions. The world's largest steelmaker was created through the merger of Arcelor and Mittal Steel in 2006. ArcelorMittal Luxembourg is the successor of Arbed (Aciéries Réunies de Burbach, Eich et Dudelange).

Arcelor was created in February 2002 through the merger of Arbed (Luxembourg), Aceralia (Spain) and Usinor (France). Arcelor also had major steel production facilities in Belgium, Germany, Italy, Brazil and Argentina. Arcelor acquired a controlling interest in Companhia Siderurgica Tubarao (now a part of ArcelorMittal Brasil) in 2004, Huta Warszawa (Poland) in 2005, a controlling interest in Sonasid (Morocco), as well as Dofasco (Canada) in 2006. At the time of the merger with Mittal Steel, Arcelor was the second largest steel producer in the world.​

Mittal Steel was originally set up in 1976 by Mr Lakshmi N Mittal, today chief executive officer and chairman of the board of directors at ArcelorMittal. Mittal Steel’s rapid growth since 1989 has been the result of combining a successful consolidation strategy with a number of significant acquisitions. Since setting up operations in Trinidad and Tobago in 1989, some of its major acquisitions are Siderurgica del Balsas (Mexico) in 1992, Sidbec (Canada) in 1994, Karmet (Kazakhstan) and Hamburger Stahlwerke (Germany) in 1995, Thyssen Duisburg (Germany) in 1997, Inland Steel (US) in 1998, Unimetal (France) in 1999, Sidex (Romania) and Annaba (Algeria) in 2001, Nova Hut (Czech Republic) in 2003, BH Steel (Bosnia), Balkan Steel (Macedonia), PHS (Poland) and Iscor (South Africa) in 2004, ISG (US), Kryvorizhstal (Ukraine), as well as a significant interest in Hunan Valin Steel (China) in 2005, and three Stelco Inc. subsidiaries (Canada) in 2006.

In 2007 the newly merged ArcelorMittal continued to pursue an expansive growth strategy, with 35 transactions announced worldwide. At the beginning of 2008 ArcelorMittal continued to make investments, with significant transactions announced in Australia, Brazil, Canada, Costa Rica, France, Russia, South Africa, Sweden, Turkey, United Arab Emirates, the US and Venezuela, the majority of which were completed. But in light of the deteriorating economic situation during 2008, ArcelorMittal suspended most investment activity by the end of the year. 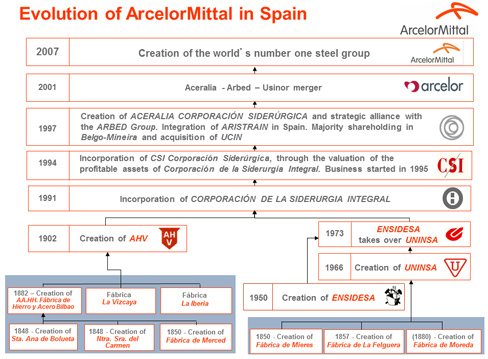 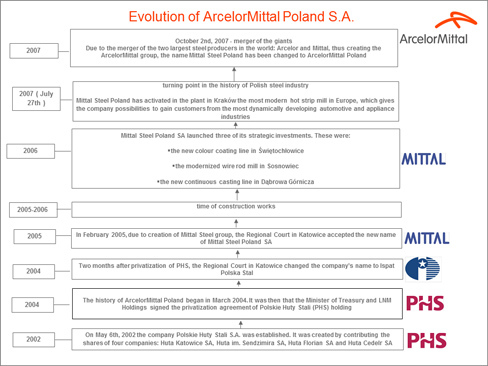 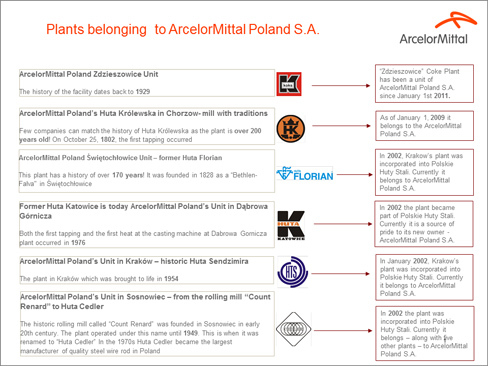 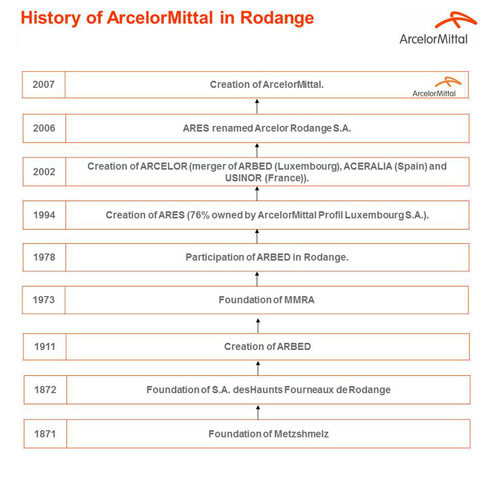