Arab Emirates promotes the metro and the tram in its cities

10.11.2012
After putting two metro lines into service in Dubai, they are developing projects such as the tram and the light railway system in Abu Dhabi

The metro of Dubai has been the launch of the metropolitan railway in the Arab Emirates.

This system has opened the doors to the implementation of other urban lines that are being developed in important cities.

The start up of the metro in Dubai was the start for the implementation of urban transport in the cities of the Arab Emirates.

In September 2009 the red line - which has been completed - in the metro in Dubai was inaugurated.

The red line, which covers the area from Rashidiya to Jabel Ali, was begun in October 2005 and finished in September 2009. It has 4 stations underground and 25 stations above ground and is 53 kilometres long, with 48 kilometres above ground and 5 below. The rolling stock was made up from 17 trains in 2010 which are anticipated to reach 44 in 2020.

The green line, which covers the area between Al Nahda Street and Health Care City, will be 23 kilometres long, which will be covered in 26 minutes, with 15 kilometres above ground and have 12 stations and 9 kilometres below ground with 6 stations. The two lines will cross over at the stations in Union Square and Burjuman. After two separate studies, the civil engineers of Dubai and the Transport Authority have confirmed their intention to build an extension of 20 kilometres to the Green Line of the Metro of the International City of Etisalat, the Academic City and the Lagoons of Dubai (a term of five years have been allowed for this to be undertaken). An extension of 12 kilometres has also been proposed to the Red Line, from Jebel Ali to the border with Abu Dhabi, although this yet subject to approval.

There is also a monorail that crosses the Palm Jumeirah from its base to the Hotel Atlantis as well as these two lines.

In the future there is also planning for two more lines, the violet and blue lines. The violet line hopes to be a line that covers the inner part of the city as well as connecting with the two airports. On the other hand, the blue line will serve the communities near to Emirates Road.

This is the Al Sufouh Tram project that is in two stages, which in total adds up to 15 kilometres of track and 19 stations and it is planned to be carried out over the next few years at a cost of 832 million Euros. 3 of the 9 stations will be connected to the red line of the metro at Dubai Marina, Jumeirah Lake Towers and Mall of the Emirates.

The first part of the project is the tram in the area of JBR (Jumeirah Beach Residence) and is expected to be finished in 2014. The French company Alstom was awarded the project, as part of a consortium with the Belgian company Belsix, Serco from the United Kingdom and Parsons from the United States, for not only the building of it but also for the rolling stock that will be made up from 25 trains.

Last February, the Road and Transport Authority of the Government of Dubai awarded the contract for maintenance of the Al Sufuh tram system in the United Arab Emirates capital to the consortium made up by Alstom and Cofely Besix Facility Management. The total amount of the contract comes to 120 million Euros, of which 68 belong to work to be undertaken by Alstom and the remaining 52 to that of Cofely Besix FM. The contract includes an option for it to be extended for five years at a cost of a further 50 million Euros.

The start up of this first stage of the project is planned for the end of 2014 and will make Dubai the first city in the Gulf region with a tram system. Stage 2 of the Dubai tram - which will be started after this - envisages the delivery of 14 more trains to serve the line which will also be extended by four more kilometres of track and six stations.

This forms part of the Surransport Master Plan from the emirate of the Abu Dhabi, which is a plan that includes different types of land transport, whose consulters are Mott McDonald and Steer Davies Cleave. The metro plan, which has a cost of 5,300 million Euros, consists of a metro network with a total length of about 131 kilometres linking the Central Business District with Sowwah Island, Reem Island, Saadiyat Island, Yas Island, Abu Dhabi International Airport and Masdar, Capital City District, Emerald Gateway, Zayed Sports City and ADNEC.

The largest part of the planned network will be underground. The building of a monorail that spans 31 kilometres is also planned within this project. A consortium of the companies Aecom (US), DB International (Germany) and Parsons Brinckerhoff (US) is carrying out the feasibility study of this project, which although has been proposed, has still not had any tenders opened for its construction. The date for this project’s completion was planned for 2015, but has been delayed to 2016.

Ethiad Rail is a federal type public company created in the emirate of Abu Dhabi in July 2009. The company’s main aim is to create a rail network for the transport of passengers and goods. The length of its network will be about 1,500 kilometres and will also serve as a link with the rail network that will join the countries of the Gulf Cooperation Council. The section will begin by connecting to Saudi Arabia, at the border in Al Ghweifat, going along the coast towards Abu Dhabi passing through Ruwais, Mirfa and Tarif. In the capital a line will make a detour to Al Ain, while the main line will continue towards Dubai, going through Port Khalifa and Jebel Ali. In Dubai the line will continue to the emirates in the north such as Sharjah and Fujeirah. 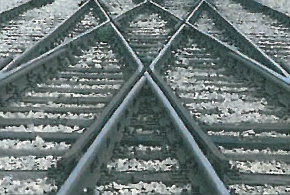 The first stage of this project is planned to be in operation at the beginning of 2013 with the goods transport line that will cover the journey between Ruwais and Habshan. The second part of this line, which will cover the section between Shah and Habshan is planned for the end of 2014. The total length of this stage is 234 kilometres, and to start with will be exclusively for goods. The consulting companies AECOM and Parsons were awarded the contract for this Project Management last year.

The government of Bahrain has finished the first part of the integral transport strategy which includes two metro lines of 32 and 37 kilometres respectively, a rail network of 21 km and a monorail that is 29km long. This programme will be implemented over 3 stages until 2030.

They also have another project to build 90km of rail network between Bahrain and Saudi Arabia which is expected to cost 3,149 million Euros. The link will begin in Kuwait and will pass through the east of the Saudi city.

Yemen, despite still not being included in the GCC, approved a rail project with a cost of 2,663 million Euros in July 2010 as part of a plan to improve infrastructures. A network for goods and passengers which will be 2,500 km long will run along the Saudi Arabian border to the Yemeni coast, going through the main port of Aden, to Oman, where it will link to the network that joins all six GCC states.

The tender process for this main 2,000 km long line started in July 2010 after Yemen had carried out a feasibility study with help from the United Nations for the railway. The completion of this project may take several years. The government is in talks with different companies from Britain, Germany, Russia, India, and the United States as well as those from other different countries and will award the contract based on build-operate-transfer of the service in 30 to 35 years, as the Minister for Transport Khaled Al Wazeer informed in 2010. “We hope to find a better investor. If we cannot find one then we will seek other options and we will turn to international institutions.”

Wazeer said that a second internal route would link the provinces of Shabwa, Maarib and Al Jawf. “The people will therefore benefit from this, there will be development and this will end financial problems.”

The GCC countries are spending more than 76,000 M€ in rail projects. The rail network for the Gulf would help the six nations to create a similar model to that of the European high speed system.

The authorities plan to undertake a feasibility study for laying a 200 kilometre track that will start in Sohar, to then link up with Barka and the capital Masqat, to then continue onto Duqm, where the largest port and dry dock in the Middle East is being built.

The Ministry for Transport and Communications of Oman has received bids from five groups for the design of the national railway network project. The consortium with the local company Cowi & Partners, the North American company AECOM and the German DBI presented the lowest price of 88 million Euros. The British firm Mott McDonald & Company has put in the second lowest bid for a total of 129 million Euros, followed by the French corporation Syntra (151 million Euros), the Spanish Grupo Prointec (157 million Euros) and the South Korean group Rail and Hyundai Engineering with a bid of 176 million Euros.

“A 200 kilometre rail line is planned, which will start in Sohar and continue on to Duqm.”

Last 19th February the International Technical Alliance Office (PTB) announced that it would soon open the period to present expressions of interest for the public-private contract, through which the rail systems and rolling stock for the Metropolitan Transit network would be supplied. The project will have five stages and the first will include 50km of metro and 28 stations. PTB is also going to award a contract for the integration of the system and will assign four companies with a public-private infrastructure for the later stages, which will expand the network to 160 km and 69 stations.

The Ministry for Communications will be in charge of the tender. The companies Ernst & Young and Atkins have been hired for the feasibility and preparation studies.

The investment for the metro network until 2015 will be 8,500 million Euros.